I recently had some major synchronicity happen to me. First of all, what does it mean?

Websters describes it as:


"the coincidental occurrence of events and especially psychic events (as similar thoughts in widely separated persons or a mental image of an unexpected event before it happens) that seem related but are not explained by conventional mechanisms of causality -- used especially in the psychology of C. G. Jung"

Wikipedia is more fun. It gives the following example:

"A well-known example of synchronicity involves plum pudding. It is the true story of the French writer Émile Deschamps who in 1805 is treated to some plum pudding by the stranger Monsieur de Fontgibu. Ten years later, he encounters plum pudding on the menu of a Paris restaurant, and wants to order some, but the waiter tells him the last dish has already been served to another customer, who turns out to be M. de Fontgibu. Many years later in 1832 Émile Deschamps is at a diner, and is once again offered plum pudding. He recalls the earlier incident and tells his friends that only M. de Fontgibu is missing to make the setting complete, and in the same instant the now senile M. de Fontgibu enters the room by mistake."

My synchronicity concerns a play I will be acting in next week. It is a student written play called "Dancing With The Cockroach." It's a play about Jews, vermin and tap dancing. I have a nice little part where I play an anti-Semite whose son is beaten up by Jews. The curtain goes up next week, and I still don't know my lines. I figured that I could record it on my computer and burn it on a disc. That way I can listen to my lines in the car and learn the part on my way to and from work or wherever it is that I drive to. My problem is that the computer will not make discs; it only wants to make coasters. And it makes a lot of them. But that has nothing to do with synchronicity.

So I'm sitting in my parked car reading the play into a headset plugged into my computer. I need to do all the voices so I remember when my cues are. In order to differentiate between parts, I changed my voice for the different characters. I tried to mimic the way the other actors speak. It turned out to be more funny, and thus more memorable than the parts that went well. So I started mouthing the funny parts instead of my own. I realized that the best way for me to remember my lines would be to record someone else mimicking me, or record myself doing my part in a funny voice.

I thought about some clips my roommates and I recorded in high school for some kind of class project. We remembered all the funny parts: the bloopers and the mistakes. For example, my roommate was supposed to read the line:


"I was in the hospital"

But while he was reading it, his voice cracked, and it came out sounding like:


"I was in the haaaaa-aaaa-spital"

We all cracked up over it. In fact, it's a joke that we remembered years after. In fact, I didn't immediately remember what the recording was about, but instead remembered other funny stuff from other recordings. So sitting in my car recording my voice into my computer made these memories from high school bubble up to the surface.

As I got back to my office at Purchase later in the day, I checked my email and it seemed my old high school rommmate tracked me down. I'm not sure how he did it, maybe he googled me. You never know, I have a pretty huge web presence. Then again, you get the interesting stuff by googling "mennu" rather than "Adam Oded."

So getting back to my exroommate who happened to track me down for the first time in, like, 20 years. I responded with a short email using a word or two of our high school banter. I also ask him what he's been up to. His response:


"I was in the haaaaa-aaaa-spital"

Posted by mennu at 11/04/2005 03:47:00 PM No comments:
Email ThisBlogThis!Share to TwitterShare to FacebookShare to Pinterest

Some Japanese guy has made a page of all kinds of old cassettes. Really brought me down Memory Lane. Or is that Memorex Lane. (Sorry, couldn't resist. I can always edit this out later.)

To the left is one of my favorite cassettes of all time: The Maxell UD XL II. I asked my uncle to buy me a box of these for my bar mitzvah. He got me the 60 minute ones and not the 90 minute ones I wanted. Oh well. Storage has always been an issue for me.

Then again, I suffered various setbacks in personal audio throughout my life. It started with a low budget for music. In the late 80's I really wanted to get into the whole CD thing, but I couldn't afford it until the early 90's. Since then, I have had my entire CD collection stolen twice: once from my college dorm room and once from my car.

Then came the Napster Revolution. Suddenly I could get all the music I ever lost, and get turned onto music I always thought I would like. Again, storage became an issue. My six gig hard drive kept filling up. Instead of deleting I saved up for a CD burner. Every once and a while I would copy off all the mp3s onto disc archives and erase the hard drive. Then I got a second internal hard drive, and then a few years ago, I got an external enclosure for an internal drive. I filled it with an eighty gig drive, and thus, the "Big Momma" drive was born.

"Big Momma" was totally full in a year. And by then I was no longer downloading music. Napster got slammed and as I bounced around from Limewire to BearShare to Morpheus to Kazaa, I noticed that my computer would either slow down considerably or be seized by the effects of a virus or trojan horse or all of the above. Still, I needed more space. There are legal downloads like at web labels like Comfort Stand and the like. My friends have good CDs and I like to digitize them. I even buy CDs from time to time.

So then I got the "Rough Daddy" drive. Two hundred gigs. Again. Full in a year. Still out of space.

On the plus side. I've had a twenty gig mp3 player for about four yers now. It's like a dinosaur compared to the chic mp3 players of today. But I love it. It's thCreative Labs Nomad Jukebox 3. Looks like a CD player. I'll praise it more later, but here's my point: for a person with 200 gigs of music, 20 is really not a whole hell of a lot. The think would get filled up very quickly, and I'm the kind of guy that has a hard time deleting stuff. I mean, you never know when you would want to listen to some obscure track. And then there's the stock stuff. All the Steely Dan for those days, all the Theivery Corporation for those nights, lots of house and dance music which has been known to save my ass at a gig or two...

But recently I've been going through it and making cuts. Removed all but two Fila Brazillia albums: Maim That Tune

. You know what, I also left on Another Late Night

. But other albums were not as lucky. I only left on the first four Cafe Del Mar

albums, and I feel I could have been more selective with it like I was with the Om Lounge

stuff. So now when I hit the randomizer on the Nomad, it does an interesting shuffle that can take you from the 80's to Sondre Lerche

to Israeli Progressive to house

Well, I'm off to play practice. 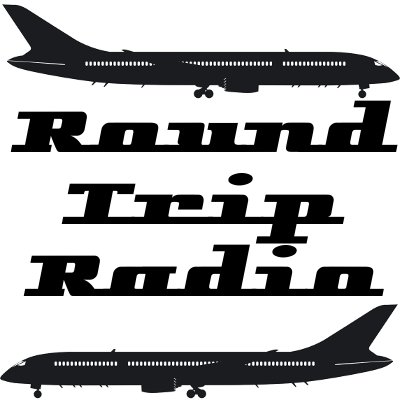